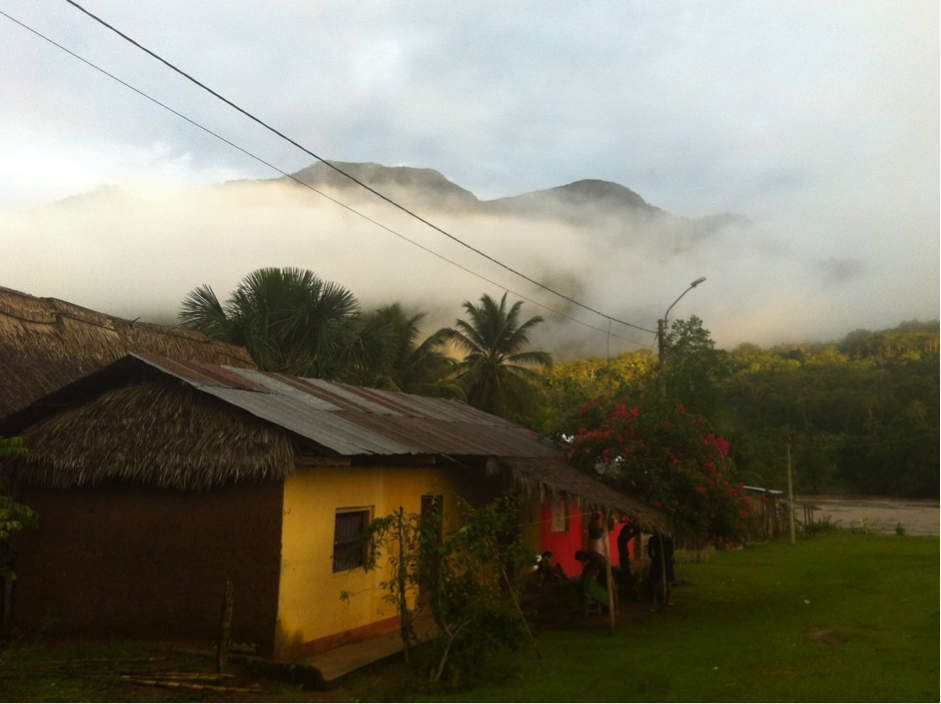 Having spent the last couple of days on an intense fact finding mission, it has become relatively clear that there has been a significant problem with the approach taken to date with the village/project…

Until now everyone who has come here has focused upon relations with the Mayor and other district leaders without consulting the people themselves. These people are a sovereign peoples already (at least in a great many respects) – not long ago there was an uprising in the San Martin region, and Aguano Muyuna was at the heart of it… the people of the village mobilised en masse against a military onslaught brought by the Peruvian government, and they survive to this day. The people here detest the government – they are a free thinking peoples who desire (in fact demand) their own autonomy. Not that we would in any way support the notion of a violent uprising, but it goes some way to show the autonomous mind-set of these quite remarkable people.

It makes little sense then to approach this project by dealing solely with local government/officials (and the people appear to be unhappy that this is what has occurred to date). One of the pillars of New Earth Nation is participatory self-governance by and for the people themselves – this is therefore the path that must be walked. To this end I have today been to meet with the Deputy Mayor and we have defined a path forward… A small gathering of village leaders will review a questionnaire (which I drafted a couple of days ago so that we can find out what exactly it is that the people themselves need and want) and, if happy with it, will ask each household to complete it. Once the results have been collated, we will host a village powwow where the villagers will all have the opportunity to have answered any questions they have and where the results of the survey can be discussed and some critical areas of focus agreed to. Whilst the people here are far from ready to engage a fully cooperative governmental model on their own, this is a simple first step toward nurturing their cooperative spirit to arrive at a place where such a self-driven, self-determining model would indeed flourish.

I have made a delightful new friend called Wilter who has helped greatly in defining this particular path forward and who, by my observations, and all accounts, is one of the wisest men in the village. We have had some wonderful conversations (with the aid of Mar) covering everything from the socio-political nuances of life in the village to the Mayan great year and the opportunity we now have as a species to collectively hop off this great cycle of the ages once and for all… He has been invaluable in helping me to understand the psychology of the Aguano population, and more than willing to offer his sage advice regarding how best to approach and deal with the villagers themselves.

In respect of the international community/venue element of the project – there are significant areas of untouched land (many thousands of hectares) under the control of the village, but some distance from it, which can be available to us in the near future provided that we undertake these initial steps in the proper manner.

For land in close proximity to the village, to serve as a base for a small headquarters (to provide lodging and community facilities for people serving the local village oriented projects) the possibilities are endless – the land is all privately owned but pretty much everyone wants to sell some or all of their land holdings because they are so poor. And prices are very inexpensive – a hectare here for $2,000, a hectare there for $3,000…

There are no users currently online

Be sure to browse communities and groups before creating a new one, maybe your idea or location already has an existing network you can join!